ALOFT HOTELS offers a platform for budding artists to showcase their music talent to be Asia’s first project aloft star in partnership with MTV Asia.Aloft Hotels started the journey of the first edition of the Asia Pacific edition of Project Aloft Star, in collaboration with MTV to identify and support the hottest emerging music artists from China, India, Malaysia, Singapore and Thailand. The Unsigned bands and artists in Asia were invited to enter the contest by uploading an original video to www.mtvasia.com/projectaloftstar .

The Shortlisted entries gets a lifetime opportunity to perform at the finals and The winner from each cluster will receive US$10,000 cash and a chance to be featured on MTV.

The contest started in July 2014 to August 24 2014 for the chance to be named Asia’s first Project Aloft Star winner in their cluster.Public Voting Contest

From August 25 to September 14 2014, The public voted for their favorite performance with 40% of public voting will determine which entries get to perform at the finals for each cluster and the remaining 60% will be determined by MTV.

There is something even for the Fans in each cluster who casted their votes get stand a chance to win a 3D2N expense paid trip for two to Seoul, South Korea and accommodation at the Aloft Seoul Gangnam hotel, slated to open on October 1 this year.

The 5 finalists in Bangalore for the Project Aloft Star India Regional finals were Boby Techi, Keith Castelino, Natania Lalwani, Rahul Jain and Stebin Ben.This initiative is first of its kind to promote local rockstars with a perfect launchpad to the international musical circuit.We also interacted with the shortlisted finalist and they were as excited as we were about the event:) 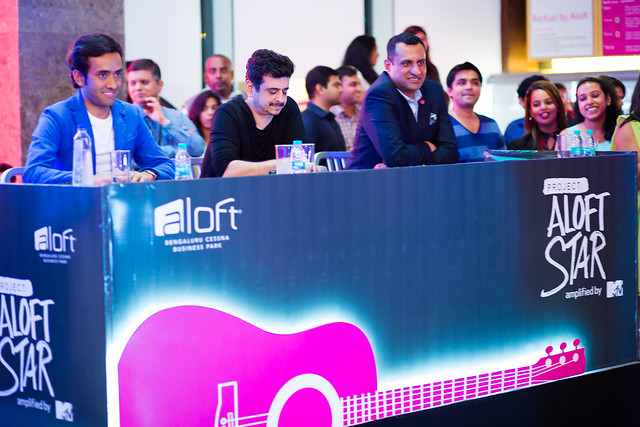 The Judges for Project Aloft Star India Regional finals in Bengaluru were General Manager Aloft Faiz Alam Anari and Dr.Palash Sen of Euphoria who is an renowned Indi-pop singer! The Crowd was rooting for their favorite finalist whom they had voted online and awaiting with baited breath to see them perform.The judges did have a tough time selecting the winner as everyone had performed exceptionally well.

The winner of the Aloft Star India custer is 21 year old Natania Lalwani from India who has graduated from Musician’s Institute (Los Angeles) with a degree in Vocal Performance. She was named one of the HOT 100 Unsigned Artists to watch by Music Connection and was one of their top 20 reviews of 2013. She won the legendary worldwide songwriting competition Unsigned Only with the “Honorable Mention Award” in 2014 for her song “Cherry Love”. 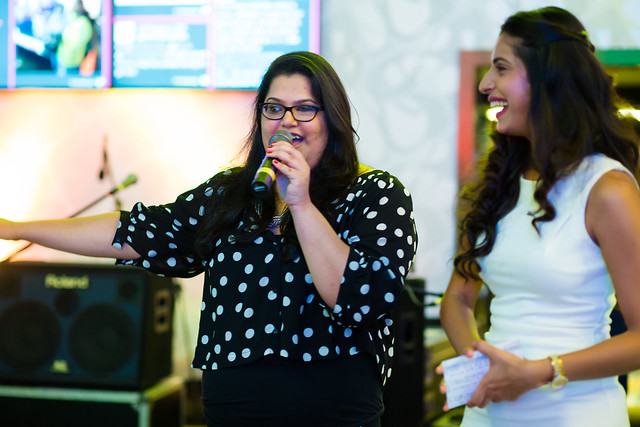 The finals of Project Aloft Star coincided with the launch of the global 100 Days of Music Festival in celebration of Aloft Hotel’s upcoming 100th hotel milestone. For 100 days, 100 Aloft Hotels around the world will host 100 intimate concerts featuring up-and-coming bands at Aloft’s buzzing W XYZ bars serving as the world stage.

This whole initiative is part of 100 Shows. 100 Hotels. 100 Days of Music which is In celebration of its milestone 100th hotel opening early next year, Aloft Hotels, Starwood’s innovation hub for next-gen travelers, is proud to launch 100 Days of Music: a global music initiative that will feature 100 artist performances at 100 Aloft hotels over the next 100 days. This worldwide tour will offer intimate, exclusive performances by some of the world’s hottest emerging artists as part of the brand’s popular live music series, Live at Aloft Hotels.

100 Days of Music debuts globally tonight with special performance events by Better Than Ezra at Aloft Brooklyn and The Feeling at Aloft London Excel. The celebration started with performances by JotDog at Aloft Cancun on September 25 and a showcase by 10 finalists from Asia’s Project Aloft Star, amplified by MTV, five of them performed at Aloft Kuala Lumpur Sentral and five at Aloft Bengaluru Cessna Business Park on September 26. Additionally, between now and December 31, the world’s hottest up-and-coming bands will take the stage at all of Aloft’s exciting destinations from Brussels to Beijing, San Francisco to Seoul, Milwaukee to Munich as Aloft counts down to its 100th hotel opening. 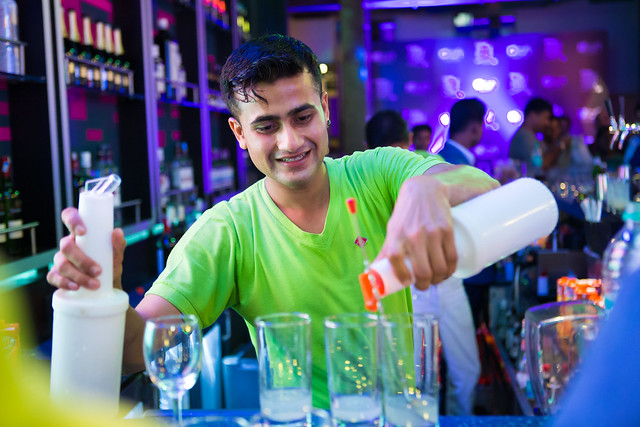 “Music is in the DNA of the Aloft brand and we are thrilled to kick-off Asia Pacific’s first Project Aloft Star competition to identify the latest emerging music artists in the region. Project Aloft Star has been hugely successful with five editions in North America; and this year we are very proud to have Asia Pacific’s very own edition to discover the region’s immense potential pool of talent.” said Vincent Ong, Senior Brand Director, Asia Pacific Brand Management, Starwood Hotels & Resorts.