Bangalore being known as the Pub Capital of India,The array of bar/lounges is never ending,but one of my all time favorite is Blue Bar in Taj West End Bengaluru and they had hosted a very special martini mixing session with Pedro Rafael- Brand Ambassador for Diageo, South India and Ken Love, guest and patron of The Taj West End.

Having met Pedro couple of times earlier, i exactly know what to expect as he is a dynamite behind the counter.Top food bloggers in Bangalore were invited for the session to witness the live demonstration of some amazing martinis whipped up by Pedro. 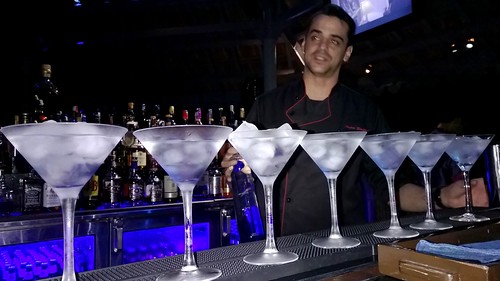 As the bloggers arrived, We were welcomed by the courteous team of Taj Hotels and also the host of the day,Pedro and Ken.Pedro Started his drill with “Holy Water” martini which has 50ml Ciroc Vodka, 20ml Peach Puree, 15ml Lemon Juice, 40ml Pineapple Juice and 5 pieces of Mint Leaves and served in Martini Glass and a sip of it was pretty refreshing with the chilly evening weather,This was a nice drink to go with some hot snacks. 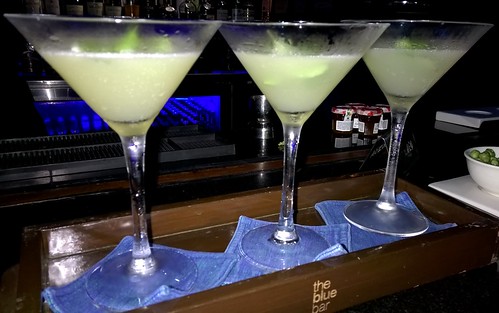 The next one is an unique martini “Hurry Up” Martini which has 60ml Ciroc Vodka, 20ml Lime Juice and 30ml Grand Marnier and 1 bar spoon orange marmalade which enhances the flavors gives a twist to the drink served in a martini glass. 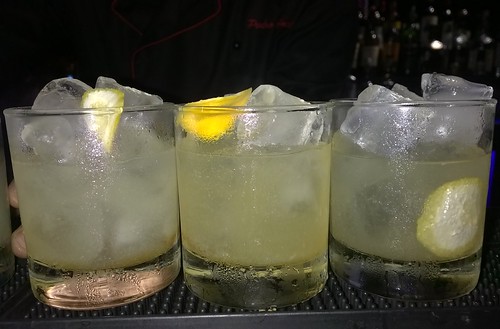 Another interesting Drink made by Pedro is “High over the mountains” martini which was made of 40ml Ciroc Vodka, 10 ml Lime Juice, 10ml Elder Flower Syrup, around 7-8 Red Grapes and few mint leaves and topped off with 50ml Champagne.This is one of the best drinks i have had in the recent times. 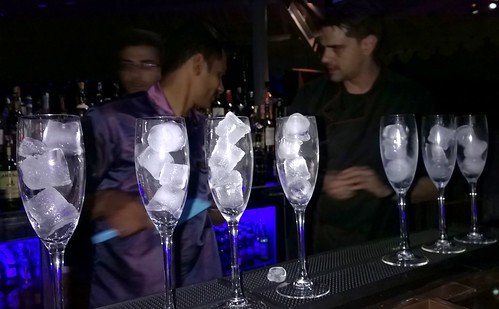 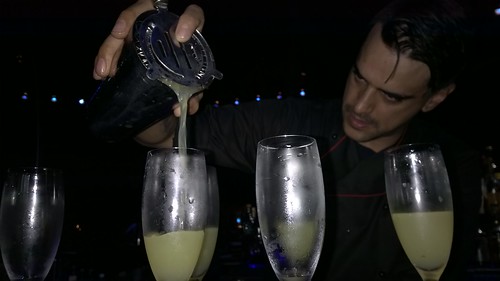 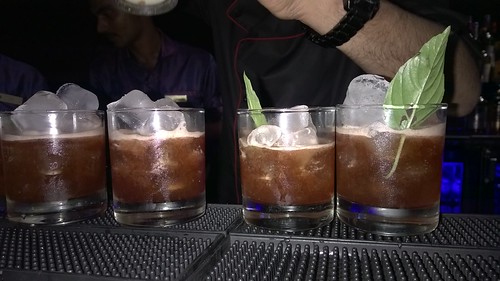 “Ciroc Passion Sour” Martini was made of 60ml Ciroc Vodka, 25ml Lime Juice, 25ml Passion fruit Syrup, 20ml Egg White and 3 dashes of Angostura Bitters.wasn’t the best in the list according to my palate. 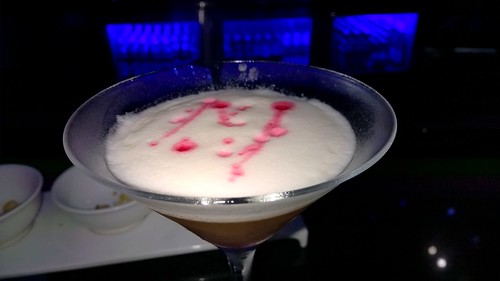 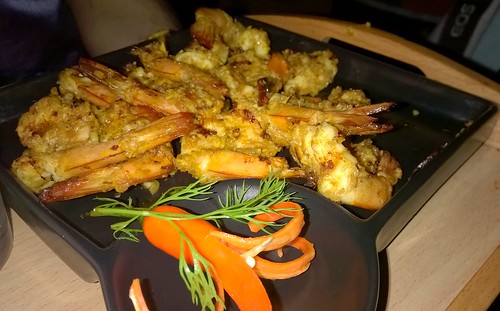 We loved the live demonstration and also all the martinis made from some of the most exquisite fruits such as That’s so nice, Hurry up, High over the Mountains, Five Minutes, Honey, Blue Ginger and Holy Water.It was a memorable experience to sum it up. 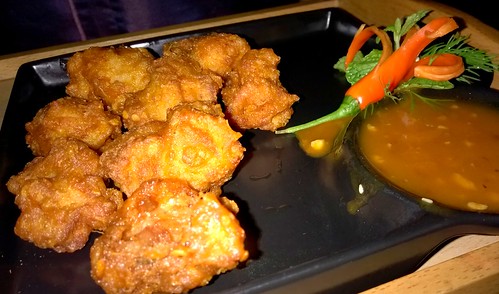