Bangalore being the land of diversity in terms of culture, people and tradition, Food is no less in the list and Bangaloreans embraces all delicacies equally,be at Korean,Japanese,Chinese,Mediterranean etc. 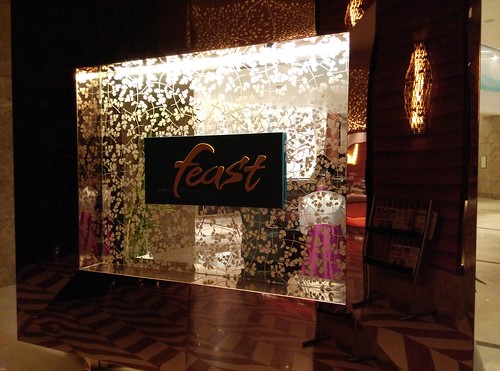 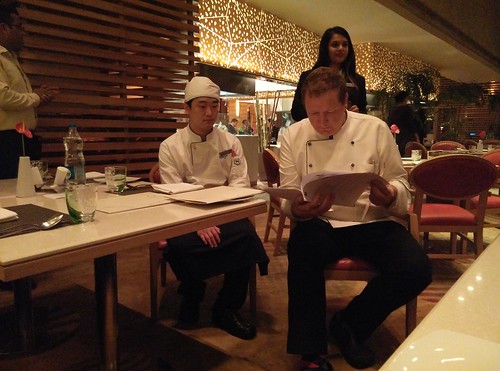 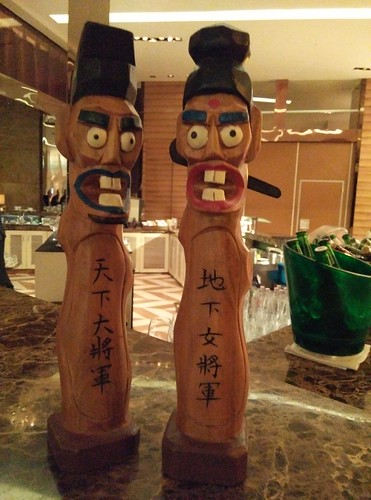 The Chefs have decided to showcase the best of traditional and Authentic Korean Delicacies be it the Grilled Short Rib Patties or the Dried Pollack Hangover Soup, Korean Cold Noodles.They also have an good amount of vegetarian dishes as well for veggies like me.

I was all geared up to venture into new lands like Korean cuisine,this is going to be my first time after spending last couple of months in South East Asia, i didn’t expect much in vegetarian section of Korean,but was proved wrong. 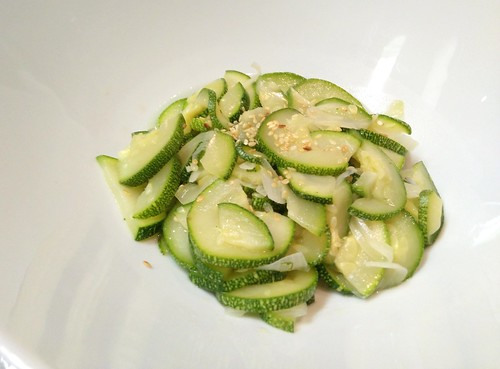 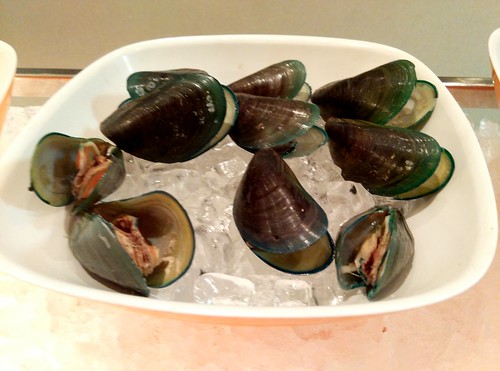 A Blogger Meet was organized by Sheraton Bangalore at Feast inviting the other fellow Food Bloggers in Bangalore.Chef Marty and Chef Link joined us and spent some time with the bloggers explaining the essence of Korean food and their idea to offer it to the world.

Some interesting information were shared by Chef Marty and link on the ingredients and the varieties of dishes available in Korea.KIMCHI is the most popular main dish in korea like our dal makhani. it is made of vegetables with a variety of seasonings and is allowed to ferment underground in jars for months.There are hundreds of varieties of kimchi made from napa cabbage, radish, scallion, or cucumber as a main ingredient.it is often described as spicy and sour. 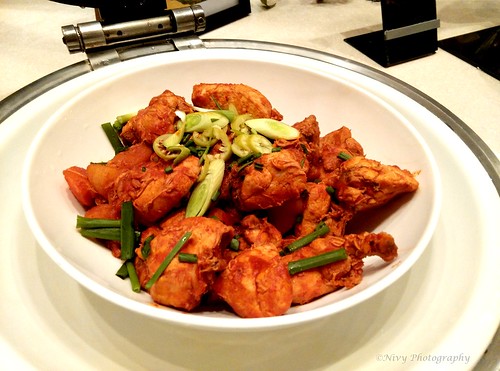 We started with Soup where there were 2 types, Korean Spicy Squid Soup and Korean Kimchi Soup.It did smell great,but that the limit being a vegetarian. 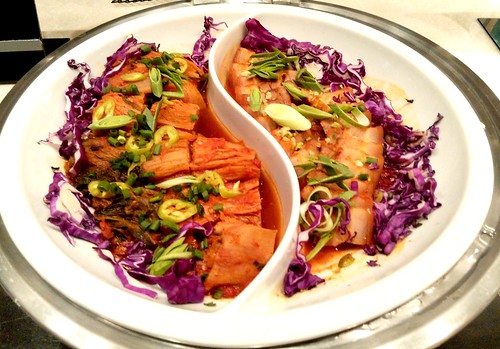 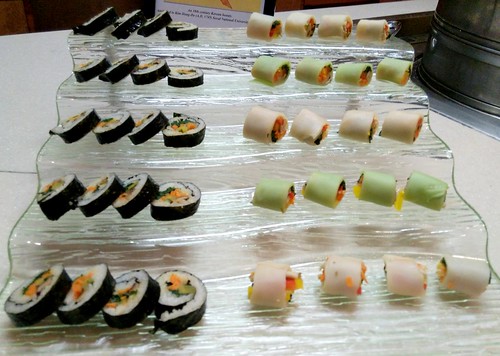 As i said, Korean Food may not look like everyone cup of tea, but it does has it own charm and does grow on to you,especially with a few dishes like the Konguksu, which was cold Noodles with Soya Broth which i thoroughly enjoyed it. 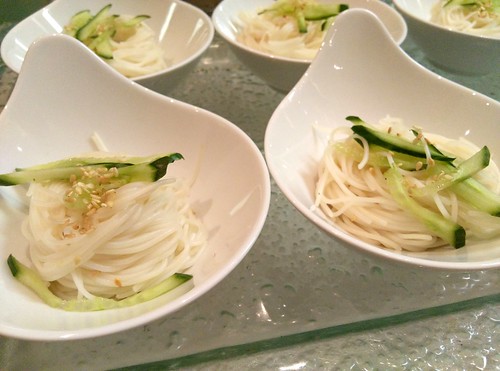 I tried the Dong chimi Korean Water Kimchi which was decent,but didn’t suit me maybe because i felt it was a bit bland for me.Nevertheless the Braised Pork Belly with Kimchi, my fellow non veg friends were hogging on to it. 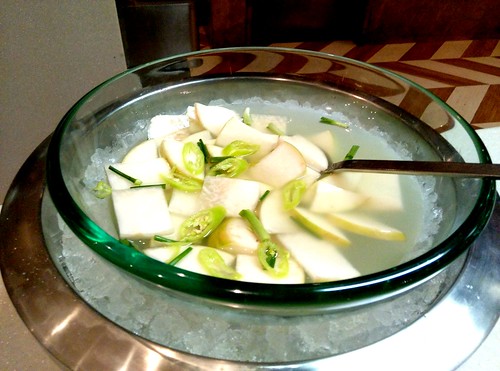 This was the pick of the dish for the festival, which is Japachae Stir Fried Noodles,A vegetarian noodles that resembled like Vermicelli and were made out of sweet potato and had light soya sauce and vegetables, this dish had an unique taste. 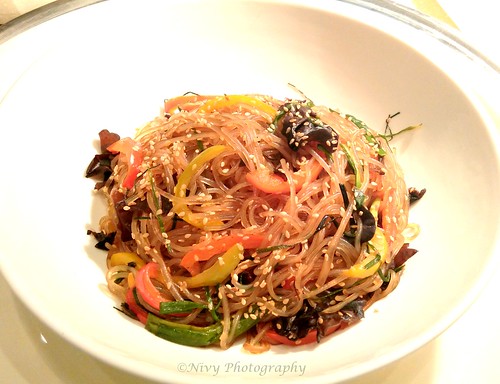 The next dish was the Kimchi Fried rice which i have been having it over last few weeks and have just of adopted to the sticky rice with some soya sauce to it and was pretty authentic i must say.

As we came to the end of the meal,We were offered Korean Green Tea.This was mind-blowing as it had lots of spice to it and really gave me a kick. 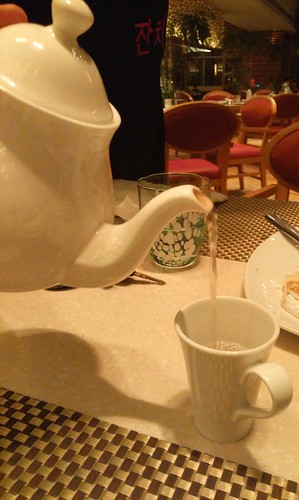 Finally, my Review for the Korean Food Festival is 4.5/5 with the authenticity maintained well and balanced with equal amount of veg which is a rarity in Korea.Try it out if you want to have an exotic experience.

Finally ,A vote of thanks to Sheraton Bangalore Hotel at Brigade Gateway for Hosting us and giving us a glimpse of the Korean Food Festival. 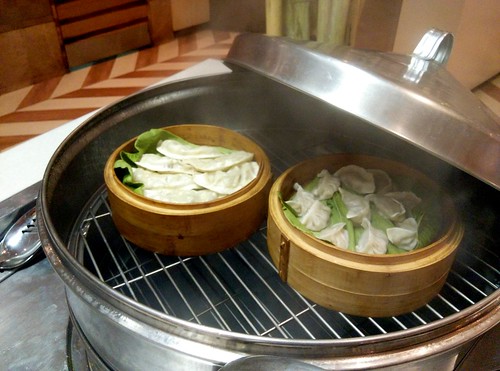 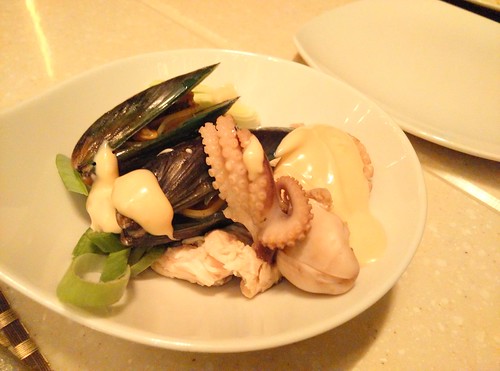 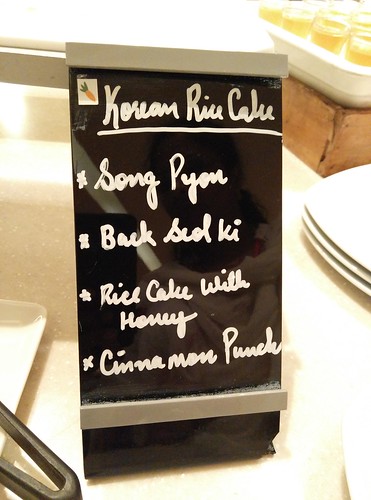 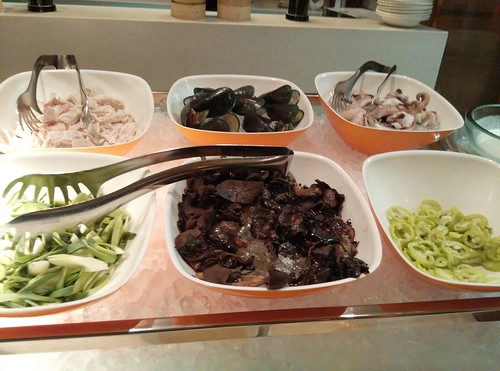 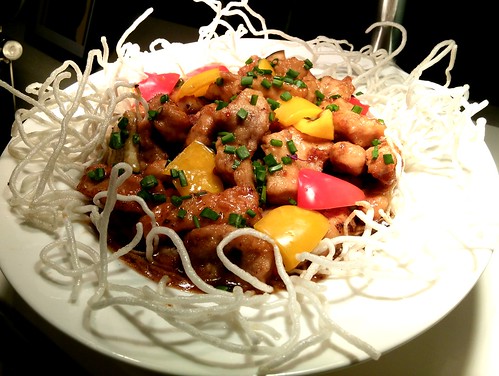