Technology always has been made to make life easy and one of the fast growing technology is mobile phones and telecommunication.

There has been always a dilemma if Technology is a boon or a bane and with the increase of in numerous mobile phone being manufactured across the globe, there has been news od EMF radiation.To spread the right information to the public, An awareness programme was organized under the aegis of Ministry of Communications on Electromagnetic Field (EMF) Emissions and Mobile Towers which was par part of a nationwide programme to facilitate digital India initiative. Hon’ble Minister of State (Independent Charge) for Communications, Shri Manoj Sinha graced the occasion as Chief Guest in the inaugural session of this programme and delivered the inaugural address. 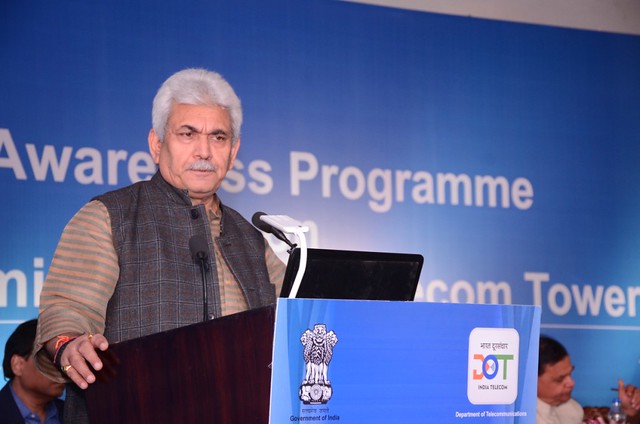 Shri O.P. Meena, Chief Secretary, Government of Rajasthan participated as a Special Guest in the inaugural session of this programme along with Shri J.S. Deepak, Secretary, DoT, DDG TERM, DoT and others senior officials of the Government of Rajasthan in the panel. Shri Rajpal Singh Shekhwat, Minister of Industry, Government of Rajasthan also graced the occasion and supported the initiative. The panel comprised of senior members of the DoT, Principal Secretaries, Govt of Rajasthan, Advisor of Health Ministry and medical experts and professor of IIT Bombay. Shri Meena while delivering the address supported the idea of such initiatives to educate the masses on EMF and clearing the air on the misconceptions associated with it. 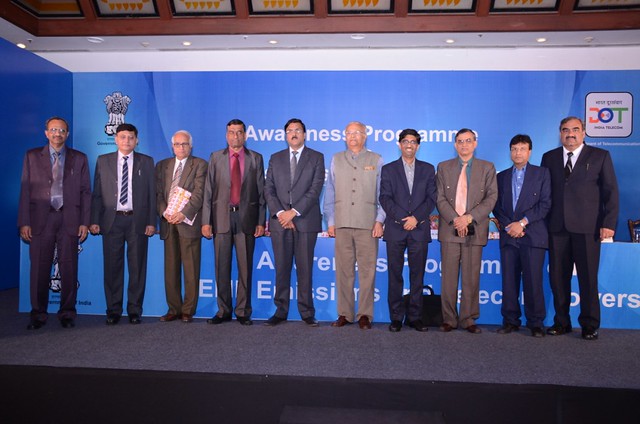 This initiative was aimed at bridging the communication gap and equipping various stakeholders like citizens & residents, chiefs of municipal bodies, government officers, municipal councillors and office bearers of Residential Welfare Associations with scientific evidences and facts on EMF which clearly prove that non ionising radiation from mobile towers are not harmful or hazardous for human health. The government of India norms are stricter and are rigorously implemented ensuring that emissions from mobile towers remain within the permissible limit and government guidelines are strictly adhered too. The panel also presented the body of scientific evidence and research where it was clearly established that no correlation has been found between these emissions from mobile towers and human health diseases.

Delivering the inaugural address, Hon’ble Minister of State (Independent Charge) for Communications, Shri Manoj Sinha, said “Telecom is a key source of communication & empowerment of citizens and an effective tool for socio-economic development of a nation. It is the backbone for growth and modernization of various sectors. The delivery of voice and data services to those who are at the bottom of the pyramid in India, can be done through mobile networks only, which has been a game changer by expanding connectivity in the last decade. A conducive ecosystem for infrastructure rollouts is essential to take the country on the path to progress and we should continue to encourage a scientific temper in the country with no place for myths around towers.” 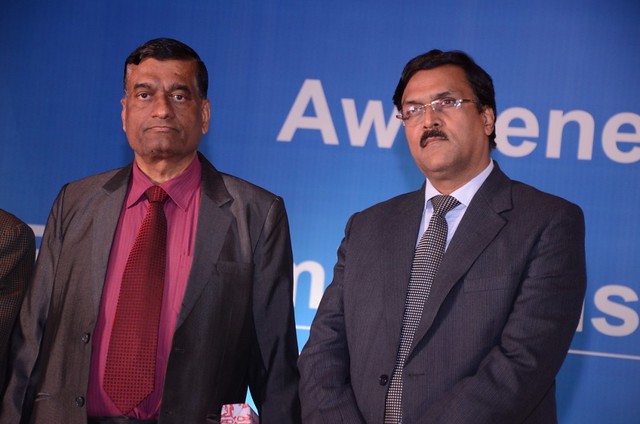 Shri J.S. Deepak, Secretary, Telecom Commission, DoT, during his welcome address said, “The Government recognizes the challenges for the sector and the people at large and is striving to empower the citizens with facts that help them make informed decisions. We are absolutely committed to protect the health of our citizens, the standards for Electromagnetic Radiation limit that DoT have prescribed for emission from mobile towers are ten times stricter than the international standards prescribed by ICNIRP and recommended by WHO. Indian Government has taken adequate steps to ensure that Telecommunications Service Providers (TSPs) strictly adhere to these norms. We want to continue working together to create a fully connected and empowered India and for them we need more towers.”

Dr. R.M. Chaturvedi, DDG-CS, DoT, pointed out that based on around 30 years of research and 25,000 studies conducted around the world, the WHO arrived at the conclusion: “Despite the feeling of some people that more research needs to be done, scientific knowledge in this area is now more extensive than for most chemicals. Current evidence does not confirm any correlation between health ailments and exposure to low-level electromagnetic fields.” He also referred to the WHO-led EMF Project, involving over 50 national authorities and 8 international organizations. Together, since 1996, they have been reviewing scientific information to provide scientifically sound and objective answers to public concerns about possible hazards of low-level electromagnetic fields. Despite extensive research, to date, there is no evidence to conclude that exposure to low level electromagnetic fields is harmful to human health.

A Committee, formed at the behest of the Hon’ble Allahabad High Court comprising experts from five IITs, AIIMS (Delhi), Indian Council of Medical Research (ICMR) and Indian Institute of Toxicology Research, Lucknow has also on the basis of scientific evidences, studies and reports available, found that there is no conclusive evidence about the stated dangers of EMF radiation from mobile BTS tower.

Throwing more light on this crucial aspect of EMF radiation, Dr. Arun Chougule, Professor & Head, Department of Radiological Physics, SMS Medical College, Jaipur, explained to the audience that the radiation from cell towers are well within the safety limit and have no detrimental effect on human health. While demystifying the notions associated with EMF, Dr. Chougule mentioned “A lot of research and many scientific studies have already been done to find the possible link between EMF emission and human health, but nothing so far proves any correlation between them. Experts in healthcare agree that there is nothing that substantiates the belief that EMF emissions can cause severe health hazards.”

Shri Ram Narain, Senior DDG, Telecom Enforcement Resource & Monitoring (TERM) unit detailed the staunch monitoring and enforcement mechanism maintained by DoT for EMF related compliances. A penalty of Rs. 10 lakh per incidence is imposed in case any BTS site is found to violate the prescribed EMF norms. If the violation persists, sites can also be closed down.

The Government has endeavoured to clear misconceptions around the issue of mobile tower emissions. It has sought advice from various scientific and research organisations to substantiate safety of mobile communications. To further instil confidence in the public, the Government of India has taken the step of allowing towers to be installed atop Central government offices. The effort to drive awareness about the truth of mobile tower emissions will continue. But it will also need the people to open up their minds to be able to distinguish reality from myth. Only then will seamless connectivity be possible.
About the Department of Telecommunication (DoT)